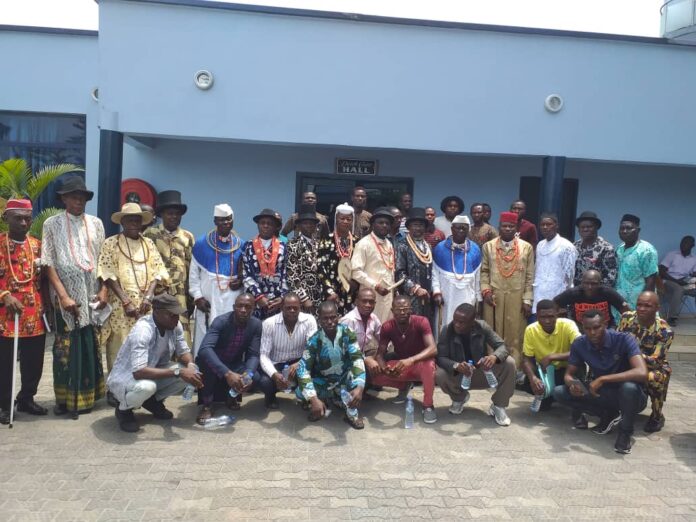 The umbrella body of all leaders of Urhobo youth groups Urhobo Youth Leaders Council (UYLC), led by Comr. Lucky Emonefe, over the weekend in Warri issued a press statement which was made available to the media.

The group warns that if the President does not follow the Act establishing the Niger Delta Development Commission (NDDC), in the appointing the management team it will be left with no other choice than to register their protest against his actions by blocking the East West road as from 5th of January 2021.

The East West road is the major road that links all the South South states of Edo, Delta, Bayelsa, Rivers, Akwa Ibom and Cross River statea. They are kicking against President Buhari’s appointment of a sole administrator for the NDDC and his refusal to inaugurate the board of the commission.

“The planned showdown of the East West Road on 5th January, 2021 is to officially register the said body’s displeasure over the recent appointment of a Sole Administration to manage the affairs of the Commission which is an aberration and deviating from the aims for which the commission was established. They further warned that until President Buhari corrects himself from the error in judgement and appoints a substantive board that will fast track development in the Niger Delta Region as enshrined in the NDDC Act; the shutdown is inevitable.”

Emonefe said “the youths have declared their readiness to shut down the East West Road and all access to Federal Government Parastatal in the Region over the continued refusal of the Federal Government to appoint a substantive board for the commission,” he said.

According to Emonefe, the youths of the Urhobo nation are not happy with the politics that is playing out at an agency that is established primarily to develop the Niger Delta region.

“The Urhobo Nation which is the fifth largest ethnic nationality in Nigeria and an oil producing nation with her youths drawn from all the clans of the Urhobo Nation have frowned at the politics ongoing within the NDDC board and in the presidency at the detriment of the people of the Niger Delta and the Urhobos’ in particular.

And that, “The Urhobo Youths have vowed to legitimately push for their right until the right thing is done.”

They used the opportunity to call on the President listen to the voice of reasoning because gambling with a sensitive region like the Niger Delta is not good. “Mr. President to hearken to the demands of the region’s stakeholders and Governors of the South South by putting in place a substantive NDDC board and not a sole administrator for NDDC.” Saying Niger Delta is too sensitive a region to gamble with.”

We Are Not Against Unclaimed Dividends Trust Fund – SEC