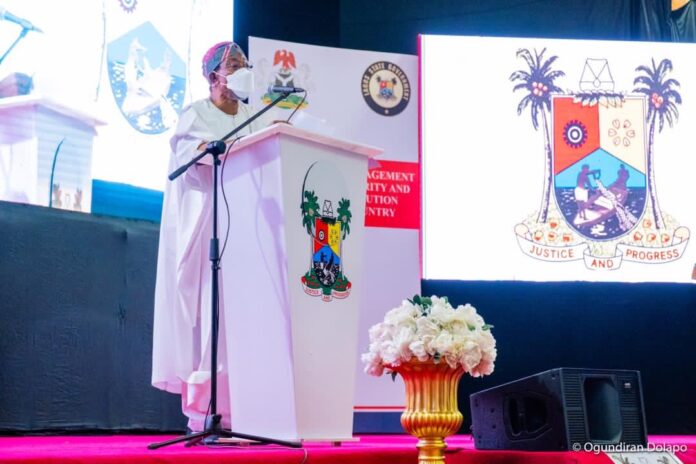 The FG has called on youths in Nigeria to take advantage of the present digital revolution to channel their energy to good causes through the acquisition of new skills and knowledge sharing so as to nourish human capacity for the socio-economic development of the country.

Minister of Interior, Ogbeni Rauf Aregbesola, made the call yesterday in Lagos during a Stakeholders engagement on internal security and conflict resolution in Nigeria.

In his speech, titled, “Lagos is the destiny of our race,” Aregbesola described the youth as ”the pride and glory of any people”. Going further, ”We must understand that youths are a unique demography. People under the age of 25 constitute 45% of global population, while they are 60% in Africa and the Middle East.

”Today’s youth are a peculiar breed. They are a new generation of the social media and the power of ideas and intellect. They appear more intelligent and far more enterprising than previous generations. The deployment of their intelligence is a different matter, which we must all seek to re-channel through positive modelling and gainful employment.

“The digital revolution has increased young people’s capacity to bring about positive social change. ICT gives them the tools to learn new skills, to share knowledge and to nourish human capacity.

“However, much as they are a great asset, they also can be a great risk to themselves and to the society – if their energy is not positively channelled”, he said.

He observed further that the time has come to rouse the consciousness of their leading lights to confront the charlatans among them. These charlatans, he said, are the elements capable of dragging down society, because their activities are destructive, both to society as well as to themselves.

The Minister stated that the stakeholders engagement was convened to proffer lasting solutions to security challenges across the state and the country at large, in order to enhance socio-economic development, especially in the wake of the ENDSARS protest, adding that security challenges are of global concern. He noted that despite the present challenges, the President Muhammadu Buhari-led Administration was working towards attaining the most secure state for all Nigerians and would need all hands to be on deck to ensure its realization.

He called on all the stakeholders in charge of internal security and those present to bare their minds on how they can make Lagos and the entire South West region a haven of habitation, commerce, economic development and the show-piece of civilization.

Earlier, the Executive Governor of Lagos State, Babajide Sanwo-Olu pledged the support of the good people of Lagos State and by extension, the entire South West region, to the President Muhammadu Buhari led-Administration in its determination to ensuring peace and security in the country so as to bring about socio-economic development of the nation.

Also speaking, the Minister of Police Affairs, Alh. Muhammad Dingyadi, condoled with the Lagos State Governor on the destruction of properties. While reiterating the improvement in the welfare package of Police personnel evident in the increase in their salaries, Alh. Dingyadi further assured that government has put all necessary steps in place to protect lives and property of all Nigerians and foreigners alike.

In his remarks, the Oba of Lagos, Oba Rilwanu Akiolu, urged the Federal Government to grant a special status to the State to enable it empower the youths with jobs. This he said will address youth restiveness.