Popular Nigerian Comedian, Freedom Atsepoyi, better known as Mr Jollof has disclosed that he was kidnapped at gunpoint.

He narrated his ordeals in the hands of the kidnappers and how he was rescued from his abductors.

The entertainer and activist appreciated God for keeping him alive.

He also revealed that he was able to escape from his abductors with the help of the intervention of security operatives.

The Warri-born comedian however withheld details of how and when the incident took place.

He said: “Thank God for life I was kidnapped at gunpoint but the intervention of the Nigeria Police Force I was able to escape!! My MTN phone was stolen,” he wrote.

The brand influencer also accompanied the post with a cryptic note which reads: “the truth is bitter when pride is empty.”

His post comes amid rising concerns over the high level of insecurity in Nigeria. 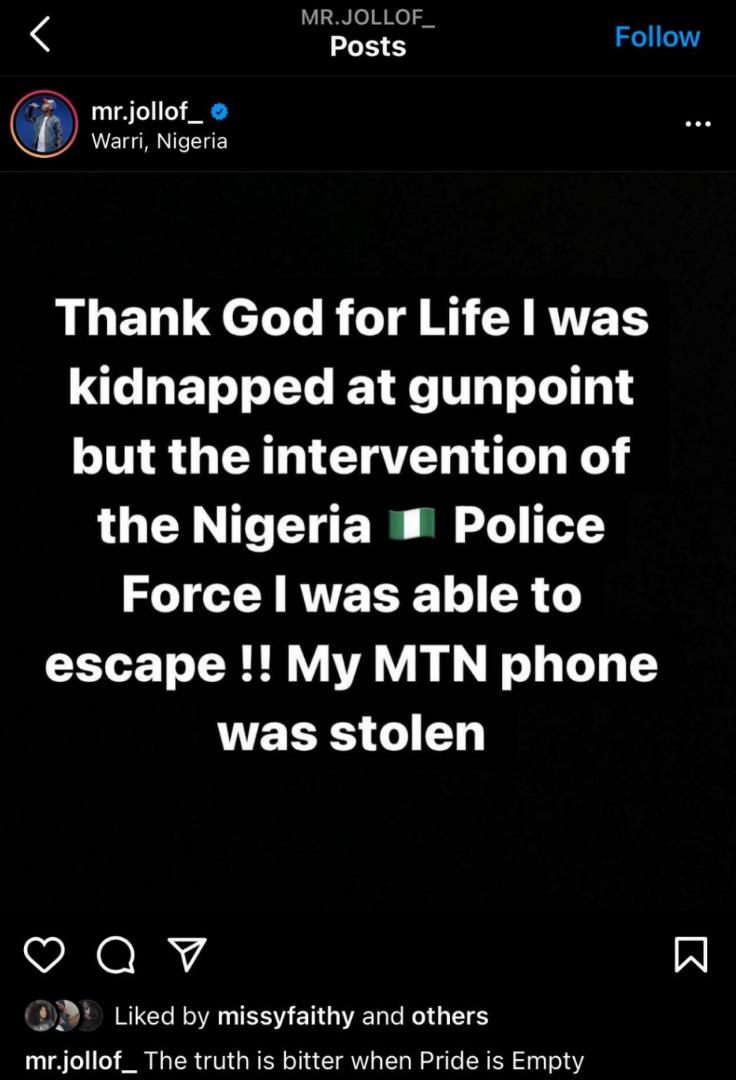 I Don’t Go To Church Or Mosque – Kunle Afolayan