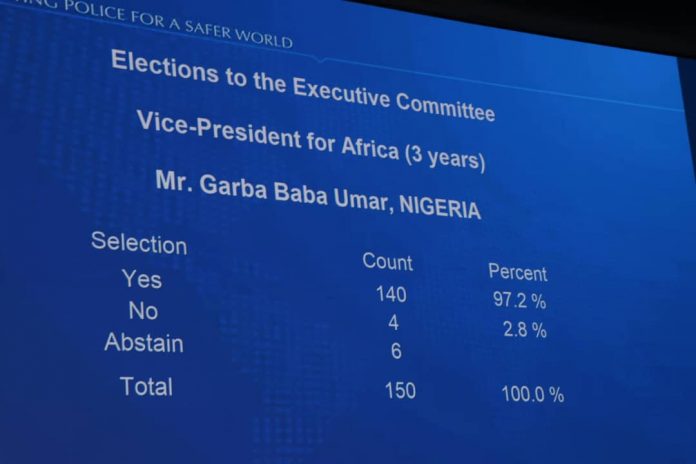 TheFact Nigeria reports that the General Assembly is INTERPOL’s supreme governing body and comprises delegates appointed by the governments of member countries. It meets once a year and takes all the major decisions affecting general policy, the resources needed for international cooperation, working methods, finances and programmes of activities.

This year, the General Assembly, which has in attendance 470 Police Chiefs, Ministers and Senior Law Enforcement Officials from the 195 INTERPOL member countries, seeks to identify areas where the organization can reinforce the global security architecture and enhance collaboration against national and transnational crimes.

AIG Garba, one of Nigeria’s finest criminal investigators, and a professional strategic police manager, with over thirty years policing experience both at national and international levels, polled the highest number of votes in the elections. 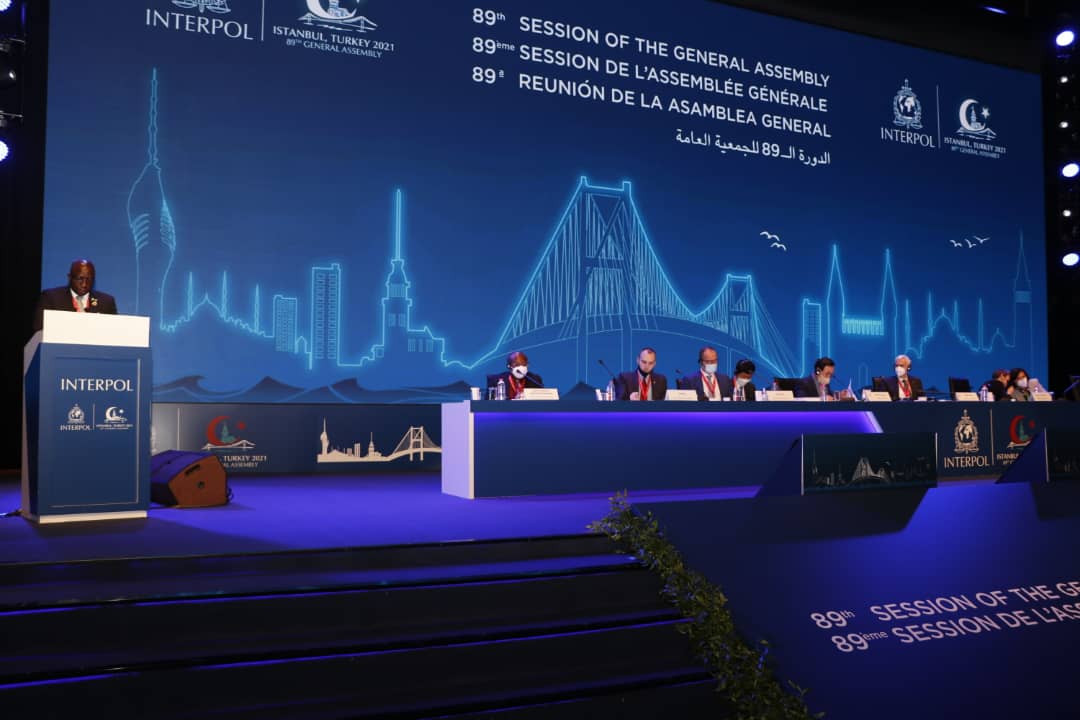 With this appointment, which spans a period of 3 years, AIG Garba is expected to bring his wealth of experience to bear in coordinating INPERPOL operations targeted at ensuring a safer world for people and communities across the African continent.

This is in addition to drawing international policing support and cooperation towards advancing public safety and security, protecting the cyber space and generally addressing challenges faced by law enforcement officers and policing managers in the continent.

The Nigeria’s delegation to the 89th INTERPOL General Assembly was led by the Minster of Police Affairs, Muhammad Maigari Dingyadi, ably supported by the Inspector General of Police, IGP Usman Alkali Baba

Other members of the delegation are: the Chairman of the Economic and Financial Crimes Commission, EFCC, Mr. Abdulrasheed Bawa, and the Chief of Naval Staff, Vice Admiral Awwal Zubairu Gambo, who was represented by the Naval Provost Marshal.

FG Beefs Up Security In Schools Ahead Of Resumption