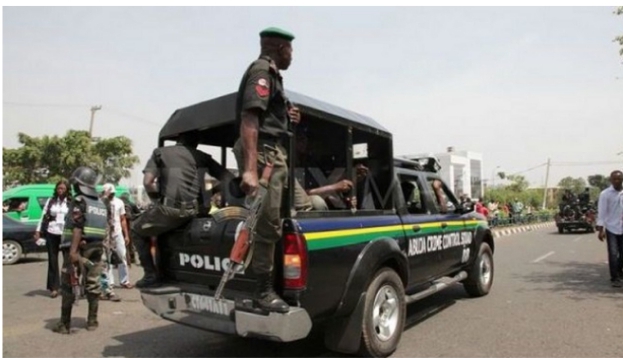 The Federal Capital Territory (FCT) Command of the Nigeria Police has deployed its officers to maintain law and order ahead of the Area Councils elections in the Federal Capital on Saturday, 12 February, 2022.

A statement by the Command’s spokesperson, DSP Josephine Adeh on Thursday, 10 January 2022, disclosed that the move on the part of the Command was to ensure that the polls are peaceful, free and fair.

TheFact Nigeria reports that Adeh, who also disclosed that restrictions had been emplaced within the Capital city, said it would be enforced between the period of 12 midnight and 4pm of the said date, and added that it was put in place to “enable the Police in a concerted effort with other sister agencies to do due diligence in the discharge of their duties towards ensuring a free and fair election thereby totally paralysing any form of threat emergence and creating a vote worthy atmosphere for voters and the electorate at large to perform their civic right and obligation.

The FCT Police boss, CP Babajide Sunday, expressed his confidence in the already emplaced security measures and urged residents of the FCT to turn out to exercise their voting rights without the fear of harassment or molestation of any kind.

He however noted that the restriction only bears an exception for essential workers and students who were coincidentally scheduled to write a nationwide WAEC examination, stressing emphatically that parties found otherwise wanting will be made to face the wrath of the law.

Babaji reminded all stakeholders in the election to be reminded of their signed peace accord and ensure that their actions and inactions are ushered by constituted guidelines.

No Fatalities As NNPC Reports Explosion In OML 40 Facility