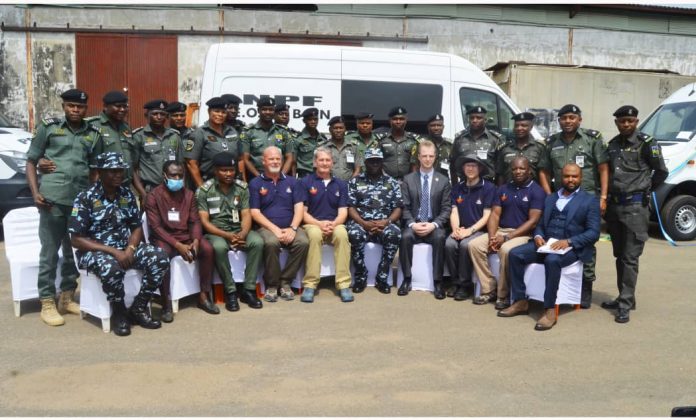 A statement according to the Force Public Relations Officer, CSP Olumuyiwa Adejobi, released Wednesday, reveals that the personnel are to be trained on the operation and maintenance of Mobile Detection System, MDS.

TheFact Nigeria gathers that the capacity building workshop, which lasted for a duration of two weeks, in Lagos, is being organised by the NPF, in conjunction with the Office of the National Security Adviser, ONSA, and the US Department of Energy, Office of Nuclear Smuggling, Detection, and Deterrence, NSDD. Thirty EOD-CBRN officers, drawn from across the nation are participants in the workshop.

Adejobi disclosed that the fully-practical workshop is part of the IGP’s continual effort at re-evaluating and re-strategizing performance levels in meeting the Force’s core objectives of safeguarding the country against internal security threats, especially with regards to capacity building of personnel in line with global best practices and standards.

The workshop also aims at providing training and equipping EOD-CBRN personnel in the operation of MDS equipment (vans and handheld devices); enhance the capacity of EOD-CBRN personnel in the detection of illicit trafficking of radioactive materials; enhance the secondary inspection techniques of officers; reposition and build the capacity of the NPF EOD Command, and to expand CBRN’s focus and area of responsibility in line with emerging threats.

Furthermore, the Police Chief has ordered that the equipment be strategically deployed to sensitive and critical infrastructures and threatened areas in order to improve the nation’s nuclear security architecture in early detection, analysis and reporting of radioactive materials out of regulatory control.

The Inspector-General of Police, who was represented by the Commissioner of Police, EOD-CBRN, CP Zannah Shettima, commended the laudable contribution of the US NSDD and assured that the skills and knowledge acquired will be put to good use in the collective fight against security threats, acts of terrorism and other criminal activities in the country.