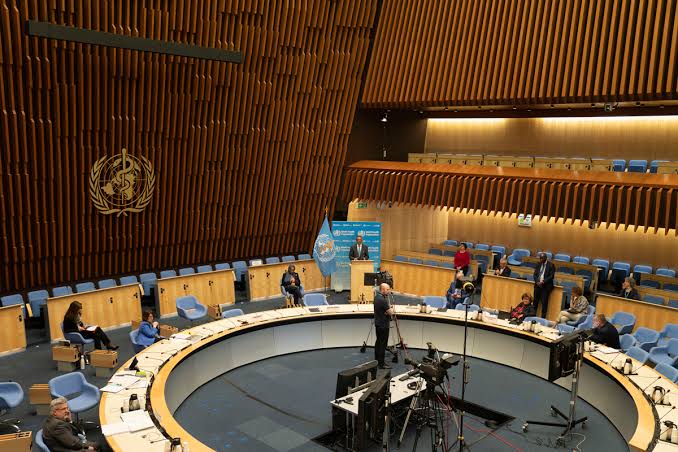 The World Health Organisation (WHO) has disclosed that single-dose schedules of the Human Papillomavirus (HPV) vaccine provide comparable efficacy to the two or three-dose regimens.

This was contained in a statement issued by WHO on Monday, April 11, 2022.

TheFact Nigeria observed that myths and misinformation about HPV is the reason for it’s high prevalence in low and middle income countries like Nigeria.

According to the statement, this conclusion was reached during the 4-7 April convening of the WHO Strategic Advisory Group of Experts on Immunization (SAGE).

It explained that, SAGE’s review concluded that a single-dose Human Papillomavirus (HPV) vaccine delivers solid protection against HPV, the virus that causes cervical cancer, that is comparable to 2-dose schedules.

This, it added, could be a game-changer for the prevention of the disease; seeing more doses of the life-saving jab reach more girls.

The statement noted that, often referred to as the ‘silent killer’ and almost entirely preventable, cervical cancer is a disease of inequity of access; the new SAGE recommendation is underpinned by concerns over the slow introduction of the HPV vaccine into immunization programs and overall low population coverage, especially in poorer countries.

It further stated that, more than 95% of cervical cancer is caused by sexually transmitted HPV, which is the fourth most common type of cancer in women globally with 90% of these women living in low- and middle-income countries.

Dr. Alejandro Cravioto, SAGE Chairman said: “The HPV vaccine is highly effective for the prevention of HPV serotypes 16 & 18, which cause 70% of cervical cancer,

“SAGE urges all countries to introduce HPV vaccines and prioritize multi-age cohort catch up of missed and older cohorts of girls.

“These recommendations will enable more girls and women to be vaccinated and thus preventing them from having cervical cancer and all its consequences over the course of their lifetimes”, he explained.

WHO Assistant Director-General Dr. Princess Nothemba (Nono) Simelela commented, “I firmly believe the elimination of cervical cancer is possible. In 2020 the Cervical Cancer Elimination Initiative was launched to address several challenges including the inequity in vaccine access.

“This single-dose recommendation has the potential to take us faster to our goal of having 90 per cent of girls vaccinated by the age of 15 by 2030”, she said.

Globally, the uptake of the life-saving vaccine has been slow, and coverage in countries much lower than the 90% target. Consequently, in 2020 global coverage with 2 doses was only 13%. Several factors have influenced the slow uptake and low coverage of HPV vaccines including supply challenges, as well as the programmatic challenges and costs related to delivering a two regimen to older girls who are not typically part of childhood vaccination programs. Added to this has been the relatively high cost of HPV vaccines, particularly for middle-income countries.

Dr. Simelela continued “we need political commitment complemented with equitable pathways for the accessibility of the HPV vaccine. Failure to do so is an injustice to the generation of girls and young women who may be at risk of cervical cancer.

“The option for a single dose of the vaccine is less costly, less resource intensive and easier to administer. It facilitates implementing catch-up campaigns for multiple age groups, reduces the challenges link ed to tracing girls for their second dose and allows for financial and human resources to be redirected to other health priorities”, she said.

Other meeting highlights of the April 4-7 Strategic Advisory Group of Experts on Immunization (SAGE) convening include:
Covid-19, Hepatitis A, Poliovirus vaccines and Immunization Agenda 2030 (IA2030).

‘He Was A Good Man But I Wanted More’ — Shaffy Bello Speaks On...