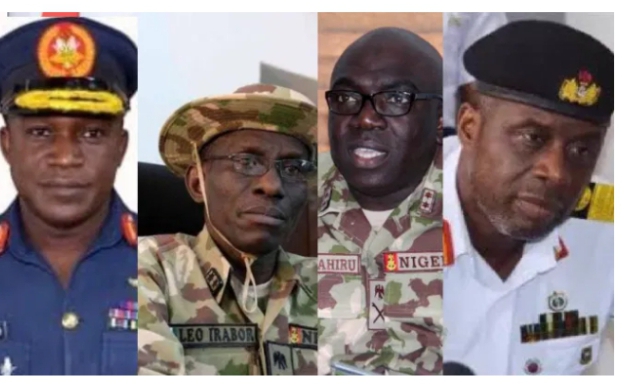 A group of youths have urged the Coalition of Concerned Nigeria Security Experts CCNSE to join efforts with the leadership of the country’s Armed Forces to proffer solutions to the menace of lingering insecurity.

The youths, under the aegis of Youths For Sustainable Nigeria YFSN, who in a statement, solicited for support for the military as it charts a way out of the present security challenges, bedeviling the country, said now is not the time to start issuing ultimatum to the recently-appointed Service Chiefs.

TheFact Nigeria reports that CCNSE, had on Wednesday March 24th, opined that the new Service Chiefs were embarking on “needless national tours”, saying that such tours should be directed at states worst hit by security problems, particularly in the North East.

The Coalition further said that what was expected of the new security heads was to hit the ground running by relocating to the theatre of the war against terrorists for at least six months, in the first instance.

However, YSFN, in a statement signed by Abdullah Quassim and Okorocha Ozor, the group’s President and Secretary respectively, appealed to youths to shun every attempt to be used to further deepen the crisis in the country.

“The Coalition said that two months was enough for them to make some visible impact in the security sector of the country. We ask the respected security experts, in all sincerity, is two months enough to tackle the current security challenges of more than a decade?

“The Coalitionoalition should recollect that just this week, a National Defence and Security Summit was organised by the Defence Headquarters under the leadership of Gen LEO Irabor. The summit was open to all Nigerians. Even security experts from the public and private sector were in attendance.

That means the current leadership of the Armed Forces of Nigeria has not foreclosed the door on any group that has a reasonable advice to offer. It means the Nigerian military under the present Chief of Defence Staff is ready to aggregate ideas and get the best to tackle the issue”, the statement read in part.

‘I Became A millionaire At 18’- Omotola Jalade-Ekeinde