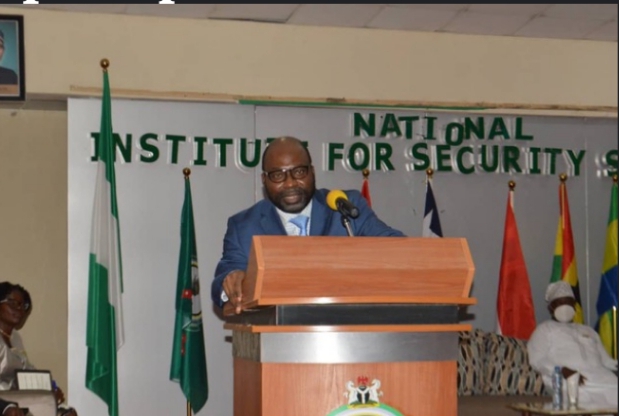 The Chairman of the Independent Corrupt Practices and Other Related Offences Commission, ICPC, Prof. Bolaji Owasanoye, has recommended the building of strong institutions and systems if the war against corruption and Illicit Financial Flows (IFFs), is to be won.

Owasanoye made this recommendation while delivering a lecture to participants of Executive Intelligence Management Course 14 of the National Institute for Security Studies in Bwari, Federal Capital Territory, FCT.

The ICPC Chief, in his paper titled, “Governance, Corruption, Rule of Law and Security in Africa”, stated that the solution to corruption, economic and security problems bedeviling Nigeria lies in building strong institutions and systems with active collaboration from state and non-state actors.

Owosanoye further mentioned such vices as diversion of public budget in the expenditure side of revenue, direct looting of treasury, illicit financial flows (IFFs), tax evasion, misapplication of funds, deliberate elephant projects, and contract and procurement abuse, as having huge implication for development.

He added that, “without development, there can be no peace or security and without peace and security, development is a mirage”, and that massive investment in infrastructure is the route to development.