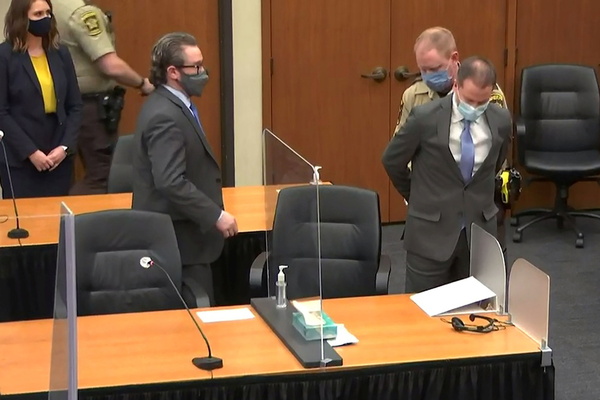 After less than 12 hours of deliberations, the jury returned its verdict against Chauvin, convicting on all three counts: second-degree unintentional murder, third-degree murder and second-degree manslaughter.

The charges carry maximum sentences of 40 years, 25 years and 10 years in prison, respectively.

Under Minnesota law, Chauvin can appeal his conviction after the court enters the judgment and Chauvin receives his sentence. Sentencing will be in eight weeks, Judge Peter Cahill said.

Bail was revoked. Chauvin was handcuffed in court and remanded into custody of the Hennepin County Sheriff.