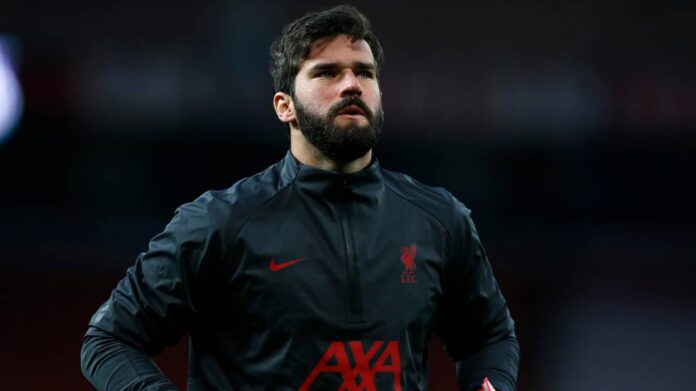 The father of Liverpool goalkeeper Alisson has died after drowning in a lake in Brazil, according to reports.

Jose Agostinho Becker , 57, was swimming in a dam near his holiday home in the southern region of the country, near the town of Rincao do Inferno on Wednesday.

He was reported missing to local police at 5pm before the Cacapava do Sul Fire Department later located his body during their search at 11:59pm.

Brazilian club International where  Alisson and his younger brother Muriel both had  played for  issued a statement following the tragic news.

“It is with great sadness that we received the news of Jose Agostinho Becker’s death, the father of our ex-goalkeepers Alisson and Muriel,” the club said.

“Clube do Povo wishes strength to family and friends in this moment of so much pain.”

“Our condolences and solidarity with the two athletes and their families. A lot of strength and a lot of light at this point.”

Jose was a goalkeeper himself at amateur level, representing Rio Grande do Sul, and provided a great influence on his sons.

Speaking in 2018, Alisson said: “I have a family of goalkeepers.

“And after all this, came my brother playing and then I started to like it, too.”