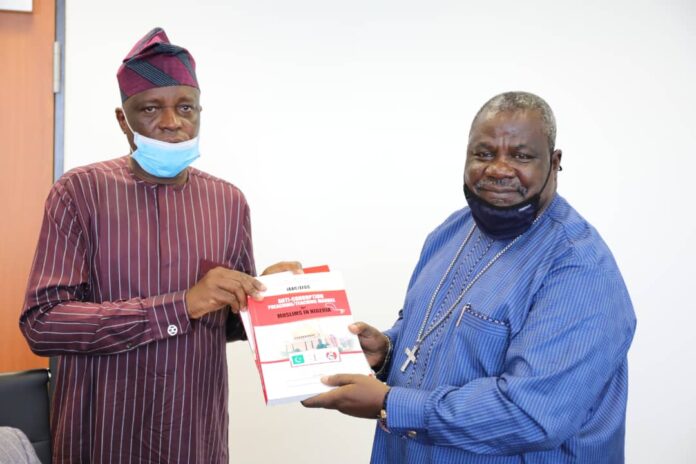 The Executive Chairman of the Economic and Financial Crimes Commission, EFCC, Abdulrasheed Bawa has reiterated the importance of the role religious bodies have to play in the fight against Corruption.

He stated this today, 8 April, at the EFCC Headquarters in Abuja while opening the meeting of the Inter-faith Anti-Corruption Advisory Committee, IAAC.

Bawa, who was represented by the Director of Legal and Prosecution, Chile Okoroma, said “I believe strongly that as religious leaders and bodies, you have a critical and prominent role to play in the EFCC’s corruption prevention mandate.”

He charged the Committee to develop initiatives aimed at fighting corruption in the two major religions: Christianity and Islam, stating that “The fight must be from all fronts.”

“I strongly believe that the corruption fight should not be left to the EFCC alone; all hands must be on deck and partnership within all critical stakeholders should be strengthened,” he added.

The meeting witnessed the formal handover between the outgone chairman, Professor Ishaq Oloyede and the new Chairman, Archbishop John Praise.

In his remark, Prof Oloyede pledged continuous support to the Interfaith Anti-Corruption Advisory Committee, stressing the value of educating people about the ills of corruption. “It is our desire that while we look for ways to prevent corruption, one of the very important tools that we can use is education, ” he said.

Professor Oloyede however expressed optimism that the vision of the Committee in designing the Teaching and Preaching Manual is accomplished, adding that that the manuals having been produced, all that is left was implementation.

The new Chairman of the Committee Archbishop John Praise, while assuring the Commission of his commitment, stated that the crucial task before the Committee was putting the manuals to use. He said that seminars were supposed to be held in different zones of the country and media outreach undertaken to deepen sensitization. He expressed the hope that these activities would be carried out soon.

“With the pace we have taken now, we will be running with a vision and we will ensure that there is so much that is done within the short period of time.

“Corruption is endemic and must be forced out with all resources and with all partners in view. It is not something that must be done by the EFCC alone but by all of us putting our efforts together,” he said.

The Inter-faith Anti- Corruption Advisory Committee IAAC was created in August 2007 by the then Executive Chairman of the Commission, Mallam Nuhu Ribadu and has evolved over the years into a platform for the development of Anti-corruption messages for both Christians and Muslims.

Other members of the Committee present at the meeting were Ogunmuyiwa Peter, CAN; Ide Christain, CAN; Sheikh Yusuf Mabera Husaini, Cletus Alu, CAN and Dr. Haruna Zubairu Usman