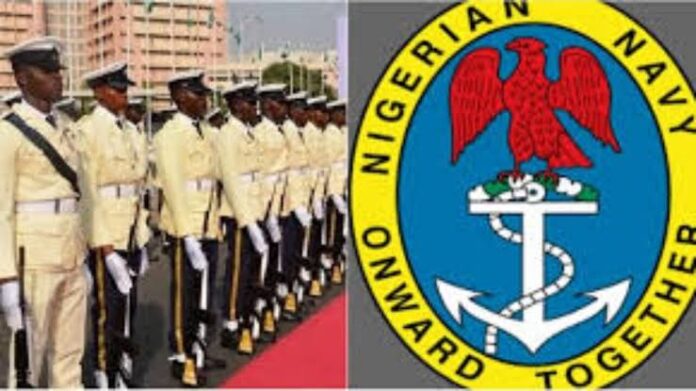 The Nigerian Navy has reacted to news reports by some newspapers indicting the Force in crude oil theft and the invasion of herders.

Navy’s Director of Information, Commodore Suleiman Dahun, in a statement today said, the Force views the allegations as ‘largely speculative, lacking in both facts and substance, and one-sided.’

TheFact Nigeria notes that the Nigerian Navy frowns at the attempt by the newspapers to substantiate and legitimise the allegations contained therein, by quoting an unnamed official of an organisation called Domestic Refineries Owners Association of Nigeria, who made grave allegations of complicity against Nigerian Navy personnel.

As a result, the Nigerian Navy intends to invite members of the purported organisation to assist in fishing out the NN personnel who receive bribes to facilitate the alleged unpatriotic acts of economic sabotage.

The Naval Headquarters further reiterates its position on zero tolerance for economic sabotage, isolated cases of personnel complicity in illegal acts as well as its resolve to fight all forms of criminal activities in the nation’s maritime domain.

The Nigerian Navy, according to the statement, has appealed to anyone with useful information regarding criminals operating in the Nigeria’s maritime environment or those aiding and abetting them, to furnish the Service with such information, and has given assurances of utmost confidentiality regarding the information so received and the informants.

The Nigerian Navy also enjoined their media partners to endeavour to verify the information sourced from other stakeholders in the maritime industry with the Naval Headquarters, especially those that pertain to maritime security.

While thanking the general public for its continuous support and cooperation, the Nigerian Navy assures of its commitment to the general security and economic prosperity of the nation.

No fewer than six suspected Army impostors have been arrested in Delta State by troops of Operation Delta Hawk (OPDH). According to a statement issued...

One of the major impediments to the full deregulation of the petroleum downstream Sector of the economy is the protracted labour issue which has...

US, NCS Collaborate On Service Delivery At Nigerian Prisons

The United States has entered into  partnership with Nigeria Correctional Service (NCS) to enhance efficiency and service delivery of prisons in the nation. A statement...

Supermodel, philanthropist and impact investor, Natalia Vodianova was Wednesday appointed as Goodwill Ambassador for UNFPA, the United Nations sexual and reproductive health agency. This was contained...