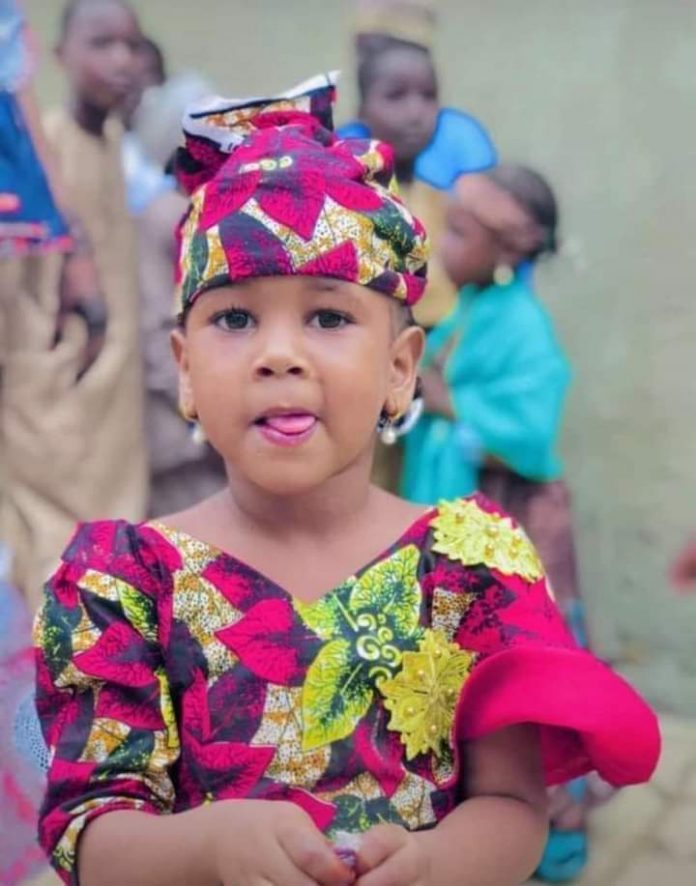 Sanni made the request to the governor today via his Twitter handle, which reads, “Dear @GovUmarGanduje, Immortalize Hanifa Abubakar by naming a major street or a pubic building or public school after her. Yours faithfully”.

TheFact Nigeria reports that the spokesperson for the Police Command in Kano State, SP Abdullahi Kiyawa, had, on Thursday, 20 January, via a statement, confirmed the arrest of one Abdulmalik Mohammed Tanko and one Hashim Isyaku, for thier involvement in the kidnapping and murder of the child.

It was gathered that the police had, on 4 December, 2021, received a report from a resident of Dakata Quarters, Nassarawa LGA, Kano State, that, one Hanifa Abubakar, aged 5, had been m kidnapped and a ransom of Six Million Naira (N6,000,000.00) was demanded.

Sustained efforts and follow up investigation of a team of Operation Puff Adder put together by the State’s police chief, CP Sama’ila Shu’aibu Dikko, and led by SP Shehu Dahiru, led to the arrest of the suspects.

The principal suspect, Abdulmalik, confessed to kidnapping the girl, who was a student of his at a private school in Kwanar Dakata, Nassarawa LGA of the State. He said he took her to his house, from where he contacted her relatives and demanded a ransom of Six Million Naira (N6,000,000.00).

Abdulmalik further claimed to have poisoned her to death, and with Isyaku, took and buried her in a shallow grave in the premises of the school.

The suspects were said to have led a combined team of Operatives of DSS, the State’s Police Command’s medical team and agents of Operation Puff Adder to the burial site. The body was exhumed and taken to Mohammed Abdullahi Wase Specialist Hospital Kano, where it was examined and confirmed dead before being released to the relatives.

Earlier, Sanni, also on Twitter, commenting on the suspect and his wife said, “He kidnapped a Five-year-old and took her to his wife and they also have kids and he killed the 5-year-old. That wife is co-evil”.