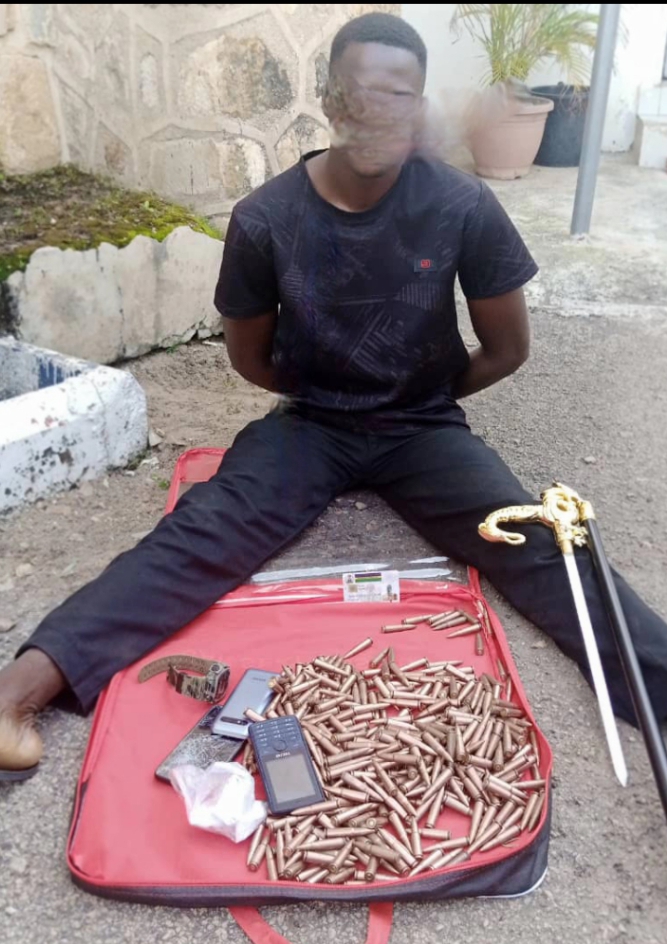 Troops of Operation Safe Haven (OPSH) have intercepted 2 suspects in possession of 370 rounds of ammunition.

According to a military information officer, Major Ishaku Takwa, who disclosed this in a statement said, the ammunition was concealed in a Toyota Pathfinder car with registration number Plateau LGT 772 JN.

TheFact Nigeria gathered that the suspects met their waterloo when, in an attempt of the driver of thier car to maneuvre the military check point located at Werreng along road Barkin Ladi, Jos in Plateau State, their car hit the barricade at the check point, resulting in the death of one of the suspects.

Takwa further said that preliminary investigation revealed that the suspects, Sergeant Azi Jonathan, a 30-year old serving police traffic warden, who drove the vehicle, and Mr. Nengak Daniel, a 60 year old, were intercepted by the troops during a stop and search operation at a checkpoint.

While the body of the deceased suspect has been handed over to the Police Divisional Headquarters at Barkin Ladi, the other suspect is undergoing further interrogation.

Other items recovered from the suspects include a Toyota Pathfinder car, a cash sum of Two Hundred and Five Thousand, Seventy Naira (N205, 070.00) only, one empty case of ammunition, one dagger, a torchlight and 3 Techno phones.

Others are a national identity card, 3 wraps of a substance suspected to be cannabis and a bag containing clothing materials.

The Commander OPSH, Major General Ibrahim Ali, while commending the troops for their vigilance, has reiterated the determination of his command to flush out criminal elements on the Plateau and environs, and at the same time, urged law abiding citizens to continue with their normal daily activities as troops are working round the clock to ensure crime free society.

He further enjoined members of the public not to relent in supporting security agencies with credible information to stem crime and criminality in the State.