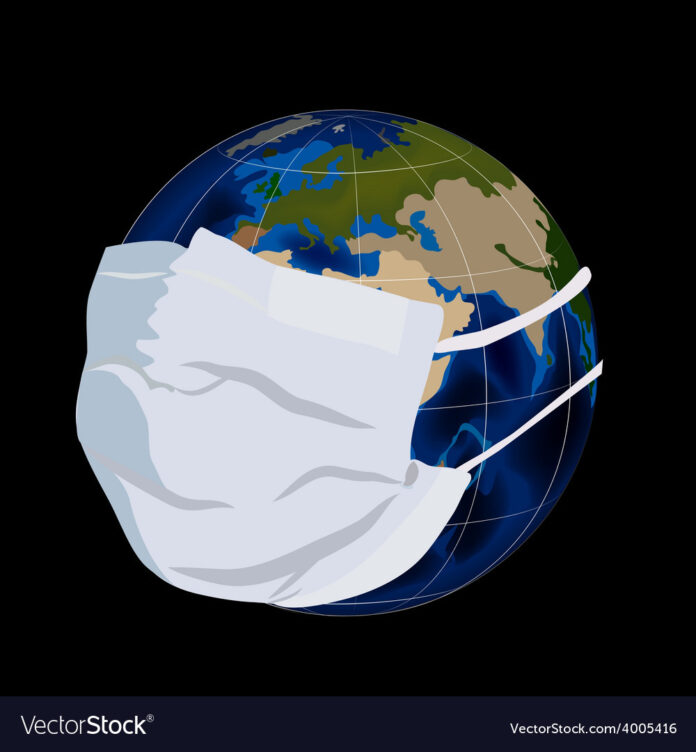 The highly contagious disease which is contracted when droplets from an infected person enters the eyes, mouth and nose of another person has since spread to other parts of the world and has been recorded on every continent.

Nigeria reported her index case of the infection on 27th of February 2020; he was an Italian citizen who worked in Nigeria and returned from Milan, Italy to Lagos two days earlier. This was the first reported case in Sub-Saharan Africa.

Upon detection of the index case, the Nigerian Center for Disease Control (NCDC) activated a multi-sectorial National Emergency Operations Centre (EOC) to oversee the national response to COVID-19.

More cases were recorded in the subsequent days, majority of those who tested positive were returnees from abroad (NCDC, 2020).

Subsequently, the Presidential Task Force (PTF) for coronavirus control was inaugurated on March 9, 2020 headed by Boss Mustapha, Secretary to the Government of the Federation.

The PTF announced that travelers from 13 COVID-19 high-risk countries had been restricted from entering the country. As part of proactive measures to curtail the spread of the virus, a total lockdown was declared by the government on 21st of March, 2020 in some parts of the country due to the coronavirus pandemic; though initially scheduled for 2 weeks, it was later extended for 2 additional weeks.

The virus can be likened to a ferocious fire, licking everything in its path. Overwhelming even the most stable healthcare systems.

Record has it that a whooping 3,364,178 persons have died, most of which were from countries who had state of the art, well equipped hospitals.

In Nigeria however, the disease could be said to be a blessing in disguise. Our health sector which had previously been in a state of comatose experienced a level of resuscitation.

Prior to the pandemic, health care improvement was a popular song on the lips of our political office aspirants, toping their manifestos like a broken record and gulping billions of naira from the national budget annually.

Despite huge allocations, the health care system was still nothing to write home about.

It would be recalled that in 2017 the wife of the President, Mrs Aisha Buhari, called for a probe into how the budget of the State House Medical Centre was being utilised.

She decried the “lack of facilities”, including syringes, at the hospital despite the huge budgetary allocation there.

The first phase of the pandemic had first world countries shutting their borders and completely restricting visitors.

Nigerian elites and politicians were forced to use hospitals in the country which were hitherto perceived to be unfit for them as they and their families jet off to the UK, USA, Canada e.t.c for child birth and even minor ailments as little as headache.

This in turn revamped our health sector in no small way, one will say the “stone the builders rejected have become the chief corner stone”.

There was a dramatic increase in the number of testing and isolation centers and notable to improvement in health care delivery.

“The management has a small budget to cover hand sanitizers, hand washing stations with soap. There is also the production of organisational face masks for sale to staff at affordable price.

“For over a year now, we have in place a partnership with the State COVID-19 NCDC team who come in routinely for testing of staff and people in our work community with recent travel histories(local or international) as a measure to contain the pandemic.

“Most importantly, there has been a great level of health education of staff and community with respect to the pandemic,” said Mrs Egweye, a pharmacist in one of the state general hospitals.

Narrating the effect of the pandemic on the government hospital he worked in, Dr. Imade had this to say,

“For the health worker, I’ll say it brought to fore the cognisance of asepsis, through something as basic as handwashing before handling each patient, which hitherto was overlooked by most of us during practise. This in turn I noticed have reduced the number of cases of wound breaking down due to nosocomial infections.

“Government response, initially were laudable but recently, everything is on the decline now. However, I’ve noticed that since the pandemic, there is now constant supply of running water at the hospital which before now had been erratic.

“They were also trying to create headspace by building more wards to help decongest the usually jampacked wards”.

Upon discovery of a vaccine, the bleak situation turned to a hopeful one as nations swiftly swang into action, bidding for it on behalf of their citizenry.

Nigeria was no exception as it was able to secure some from the COVAX facility.

3.94 million doses of the AstraZeneca/Oxford vaccine, manufactured by the Serum Institute of India (SII) arrived Abuja, the nation’s capital on 2nd March, 2021. Vaccinations commenced on 5th of the same month, beginning with frontline healthcare workers and senior citizens

Additional 300,000 doses of the same vaccine was donated by telecommunication giant, MTN and received by the government on monday 22nd March, 2021.

Data from the National Primary Health Care Development Agency (NPHCDA) showed that a total of 1,763,552 persons have so far been vaccinated with first dose of Covid-19 vaccine in the country as at 13th of May, 2021.

Over 10,000 Health Workers In Africa Infected With COVID-19 -WHO