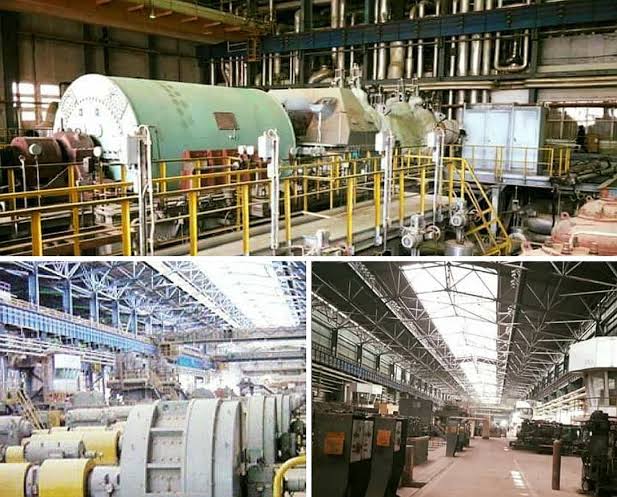 Despite the billions of naira injected into the Ajeokuta Steel Project, the Federal Government said, it won’t be delivered before the end of President Muhammadu Buhari’s administration as earlier promised.

Minister of Mines and Steel Development, Engr. Olamilekan Adegbite, disclosed this Thursday, March 31, 2022 while providing the week’s brief on the achievements of the Buhari administration in the Mining Sector.

According to him, the deal with Russia to complete the project was stalled due to Covid-19 and the going Russia-Ukraine war.

Engr. Adegbite said, the federal government had, before the pandemic, successfully convinced Russia to complete the steel facility but could not proceed with the negotiations.

The deal with Russia involved a $2 million fee for technical audit required to ascertain the state of the facility before work would begin.

Adegbite further explained that the government moved to continue the negotiations with Russia after the lockdown, but progress was stalled again due to the conflict between Russia and Ukraine.

He, however, said the federal government would initiate irreversible processes to ensure the resumption and eventual completion of the steel facility after Buhari’s administration.

“Where we are today, we may not be able to get Ajaokuta to work but I pray that we can start something permanent,” he said.

“I’ve said it before. When we came back from Russia, yes, I went to the public and said, ‘look we will deliver Ajaokuta before the end of this tenure’. And I pray that I’ll have a chance to go back and apologise and explain what happened to the people before I leave office.

“It is due to no fault of ours. Everybody was ready to go, but unfortunately, COVID came in. So, it is a force majeure.”

Fielding questions from journalists about gold mining in Zamfara state, the minister said the government had halted mining activities in the area.

On the government’s effort against illegal mining, he said: “We try to nip them in the bud wherever they rear their heads.”

“If we hear any mining happening in any nook and cranny, we move in there and dislodge them. Those that are arrested, we confiscate their equipment and they are prosecuted.”

Adegbite also said Nigeria has attained self-sufficiency in barite production and would no longer need to import from October 2022.