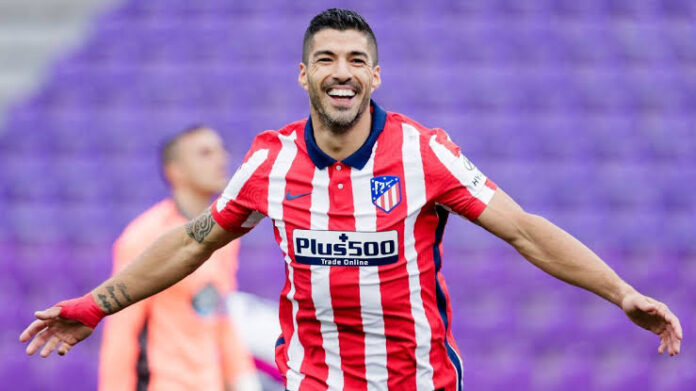 A tearful Luis Suarez has said he was “underestimated” by Barcelona after winning La Liga with Atletico Madrid.

Suarez — who was allowed to leave Camp Nou eight months ago — scored the winning goal on Saturday as Atletico pulled off a 2-1 comeback victory away at Real Valladolid to clinch the league title on the final day of the season.
“It’s a lot of things. It was difficult, the situation I had to go through,” a visibly emotional Suarez told Movistar.

“At the start of the season, with the way I was underestimated… Atletico Madrid opened the door for me, to keep showing that I’m still valid. That’s why I’ll always be grateful to this great club for trusting in me.

“A lot of people have suffered with me. My wife, my kids, they’re with me day-to-day. I’ve been in football for many years and this is the year they’ve suffered the most.”

Suarez, 34, scored 21 league goals this season for Atletico, firing them to their first title in seven years after being deemed surplus to requirements by Barca last summer.

“We’ve shown again that Atletico had a great year, despite the difficulties we had at some stages of the season,” Suarez said. “We’ve shown we were the best team, the most consistent, and that’s why we’re champions.” 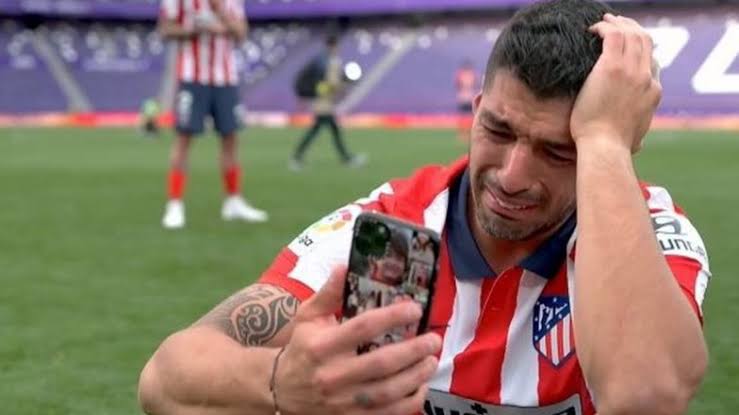 Atletico had led the La Liga table since December, but a dip in form saw the title race go to the final weekend when the 2-1 win at Valladolid saw them finish two points clear of rivals Real Madrid and seven points ahead of Barcelona.

“It’s special, because of everything I had to suffer,” Suarez said, when asked how this title compared to the four he won with Barca.

“My statistics are there. Five out of seven league titles. That is Luis Suarez.”

Coach Diego Simeone had backed the Uruguay international to make the difference this week, saying they were entering the Suarez zone.

“The Suarez Zone, man… I said it two days ago,” Simeone said on Saturday. “Maybe I was lucky, but it’s Suarez. Suarez. The name speaks for itself.”

Suarez had been pictured having lunch with former Barca teammate and close friend Lionel Messi in Madrid earlier this week.

“[Messi] will be happy, we’re friends, that’s the most important thing,” Suarez said. “He wished me luck.” (ESPN) 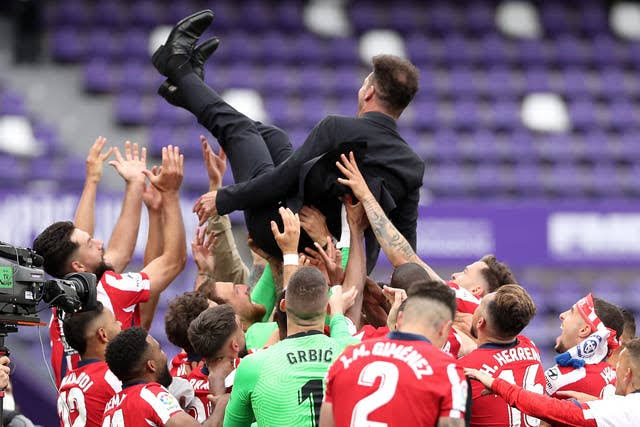