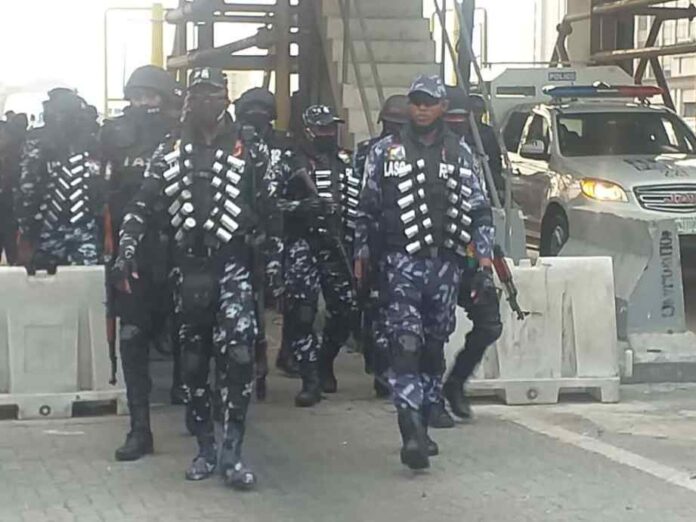 October 20, 2020, will be remembered with mixed feelings by Nigerians at home and in the diaspora.

Apart from going down the annals of recent history as a day of collective action by young Nigerians against rights abuse and other excesses by the now-disbanded SARS, it will also echo the high-handedness of the country’s security operatives, which manifested in the alleged human-targeted shootings by men in military uniforms on the fateful day, resulting in fatalities.

Also, property worth billions of naira were lost during the protests that were originally designed to be peaceful and orderly.

The resultant deaths and destruction that attended the outing had elicited wide condemnation from within and outside the country, even as senior government officials, including the Governor of Lagos State, Babajide Sanwo-Olu, had visited hospitals where many that sustained varying degrees of injuries, were being treated.

It is against this backdrop, that the recent report by the US Department of State doubting the possible killing of some protesters, was received with shock by a cross-section of Nigerians. Our correspondents spoke with a cross session of Nigerians on the subject matter…

“United States is playing politics with the issues surrounding the Lekki shootings.

First of all, I will like to point out that am biased in favour of the protesters being a Nigerian and being in this mess that we are in now that is going from bad to worse with every new administration. The toll gate issue I will say it’s something that people are beginning to play politics with. And the united States coming out to say what they have said is…

” For me, I believe that their report is just playing politics and playing to the gallery. People have actually died and people have come out to say, they lost loved ones. DJ Switch has ran away from this country. Accounts have been frozen. A lot of things have been done wrong to citizens yet the massacre is still been denied .

” If it’s a lie then those who cooked up the lies did a good job at cooking it up and the military also helped them by been there. I wonder why the Lagos state government will have to use the military to disperse peaceful protesters who were not armed”, he said.

The said report, if confirmed, leaves much to be desired, as it flies in the face of the hard videos that showed human-targeted shootings by men in military uniforms.

“The report has political undertone. Its politically motivated… I don’t think US Govt said that, And it was obviously a terrible experience because live videos came from that location….so I feel livid about it, to me I just feel if truly the US Government said that then, they don’t deserve our respect,” he said.

“The US government have been compromised. I am really surprised that the United States Government could come up with such report on the Lekki shootings. For God sakes, the shootings were live on DJ Switch’s Instagram and some other persons. We all saw dead bodies. People who live around the toll gate gave their own personal account of what they saw. The military did what the did as instructed by the Lagos state government.

“Amnesty international and even CNN gave their own accounts of what transpired. Only for The united States to say people didn’t die. May God judge them all.

“I think the Nigerian Government has a hand in this report. Following all what they have been saying since the beginning of this matter. All I know is that, the wicked will never go unpunished”, she said.

“There are no proves that people actually died as a result of the shootings. I think the injuries that were sustained were as a result of stampeded and people running for their lives in the process. The fear of gun shots and the rest.

“A guy came out to say that his brother was shut dead and he was the one that stood by the brother before he breathed his last. So there are pockets of information that points to the fact that we have victims of the alleged massacre but then video or footage of the operation having scores of people dead is lacking”, he said.

“The American government is right because he who alleges must prove. It is said that “two wrongs can never make a right”. You cannot put off fire with fire but with the opposite of fire.

“If we want to justify our stands on national issues, we must always not politicize them but be objective. You can’t say the government is lying and so you must also lie against her because you will not be taken seriously if the lies are discovered.

“After the Lekki drama, I was expecting a family to come out and say their member was killed but non happened. Rather, those that were said to be killed in the event started crying out that they were alive.

“A people will only be taken and placed by what they say. If we are known for lies then we are doomed. There are so many ills of the government that we cannot even finish pointing out because our governments are not living close to their expectations. It is better we point out those ills than forming and saying that which did not happen.

“A man once said that he has not finished speaking the truths in him, why should he start lying.

“The American government is right because he who alleges must prove. If you can’t prove your allegations right then you have not spoken the truth.

“We ate the problems of ourselves in Nigeria and we are the solutions to our problems if we so wish to solve them,” he said.

“The fact remains that there has not been any physical evidence of killings. Sentiments and unnecessary emotions cannot amount to concrete evidence of massacre”, he said.

No Going Back On Electricity Tariff, Fuel Price Hikes – Buhari