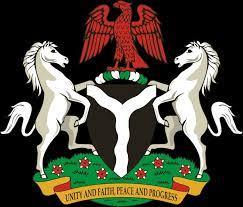 The fight to see Nigeria as a corruption free country has been one of the tall dreams of the present Administration of President Muhammadu Buhari. However, corruption, like a quick sand, the more the country tries to get itself expunged from it, the deeper it goes beneath.

The 2020 index was an indicator that corruption had worsened in the country within the last one year.

Some concerned Nigerians speak to TheFact Nigeria on what should be done to reduce the high rate of corruption in the country, or Permanently eradicate it.

The recent rating is as much as it is disturbing, a call to a sober reflection not only by the leadership but more the rest of us that are being led.

If Nigeria is said to be the second most corrupt country in west Africa, putting all indices together with every data said to be used, can we say its only the less than 0.5% in government that have carried out the corrupt practices? The answer is definitely no. That is why we must also look at ourselves and the roles we have played in this whole game. We have sins of commission and omission. As bad as the authorities may be, have the rest of us refused to aid them to success in the corrupt activities? Have we done what we are supposed to do as citizens? Are we ready to be the change we seek to see or we want the next person to be? These are the major fuels of corruption in the country. Until we duly do what is expected of us as citizens diligently, we shall rather be falling in rating. If the citizenry is good, the administration has no option than to be good became the leaders are a product of the follower. If we deliberately refuse to aid and abet corrupt activities by the same people we are crying that they are corrupt, corruption will not keep growing. We only blame the ones that are against us and protect the ones that favor us. We have no transparency and patriotism. Only less than 1% of Nigerians do.

Let me end by saying, we are the problems of ourselves and until we each look at the mirror to see who our problem is and try to change that person, we shall remain in the problem.

The 2020 Nigerian corruption index rating is another sad reminder of how terribly managed the Nigerian state has been. I heard the presidency and the president’s handlers contest the ranking. I mean, nobody would expect them to accept such a damning corruption report. But I will expect MR President to be me retrospect and make amends.

What are the major issues raised by transparency international? The manhandling of the EndSARS campaign, mismanagement of the COVID-19 palliatives that occasioned unprecedented looting of warehouses across major cities in the country; the lekki massacre of October 20, 2020, amongst others. These are no hidden issues.

I will just encourage the Buhari government to graciously accept the feedback and do better next time.

Nigeria has recorded their worst ranking by dropping backwards from 146 to 149. This report at a time like this is hazardous as it holds much implications that automatically positions Nigeria before the whole world as one of the leading corrupt countries in the world.

The ranking from the transparency international corruption perception index is no doubt based on lack of transparency, nepotism, lack of cohesive anticorruption legal frame work and the way bribery and extortion has greeted the civil service and law enforcement agencies at large. Our score cared which was predicated upon the factors listed above shows that out of what we were measured at, we only scored 25/100 which is very bad as a general assessment.

Such report is a shock as this Government primarily promised to fight corruption and wrestle it to the ground but reverse is the case.

How can we get out of this?

1. Set up a cohesive anticorruption structure with stricter sanctions on defaulters and extortioners, also strengthen the Constitution on this regard and probably a death sentence like the case of China.

2. Ensure there is an institution that will carry out a supervisory role in the projects to be carried out in the country. This as a matter of fact includes supervision of covid 19 relief funds and palliative grants.

3. Our system needs to be recalibrated to include sophisticated monitoring technology where by all the law enforcement agencies are well monitored at various check points and offices.

4. Above all, the issue of nepotism should be dealt with. This, to a larger extent includes giving of appointments to people who merits it and not by tribal sentiments or family affiliations.

This is the only way our position can be changed.

What this rating has done to the country.

1. People both home and abroad has lost confidence in the government.

2. Investors has massively declined and flew out of the country.

3. Quack people who lacks expertise are handling jobs they know nothing about, reducing productivity and growth.

4. Lawlessness greeting the entire political space and the country at large almost leading to autarky.

Accountability is key but it’s unfortunate we left this trajectory embracing issues with zero economic growth which is bad for the nation.