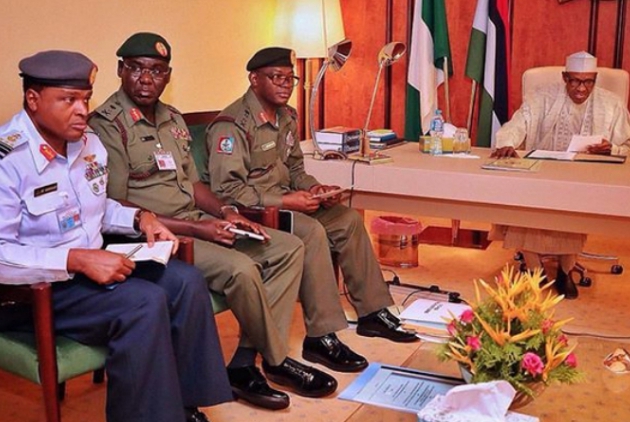 For citizens who are hopeful for an end to the current insecurity crises in the country, and whose expectations have been somewhat fuelled by the appointment of new Service Chiefs, such hopes are still a mirage, going by the words of two of Nigeria’s immediate past Service Chiefs, former Chief of Defence Staff, General Abayomi Olonisakin, and the immediate past Chief of Army Staff, Lieutenant-General Tukur Buratai.

The duo, making submissions while undergoing screening at the National Assembly during the week for the ambassadorial positions they had been nominated for by President Muhammadu Buhari, painted a bleak picture of the country’s raging security crisis, for which they say, there is no end in sight.

According to Olonisakin, a research he conducted on forests three years ago showed that Nigeria had over one thousand forest reserves and there was an urgent need to man and protect the forests which have overtime, become hideouts for criminals.

This was corroborated by the immediate past Chief of Army Staff, Lieutenant-General Tukur Buratai, who said in his submission, that there were many ungovernable spaces in Nigeria, leading to widespread insecurity and other forms of criminalities in Nigeria.

Buratai lamented that terrorists had permeated the Nigerian society and won several communities to their side, adding that the solution would require a multi-pronged approach as military warfare alone was not the solution.

He added that government must provide infrastructure in infiltrated communities to win over the people, and make them more cooperative.

sight to the ongoing insurgency, terrorism, banditry and other forms of criminalities in Nigeria.

Olonisakin said the country’s next warfare and crisis would hold in the forests.

Making his own submission, Buratai said that it would take the country another 20 years to resolve the current crisis.

One of the major impediments to the full deregulation of the petroleum downstream Sector of the economy is the protracted labour issue which has...

US, NCS Collaborate On Service Delivery At Nigerian Prisons

The United States has entered into  partnership with Nigeria Correctional Service (NCS) to enhance efficiency and service delivery of prisons in the nation. A statement...

Supermodel, philanthropist and impact investor, Natalia Vodianova was Wednesday appointed as Goodwill Ambassador for UNFPA, the United Nations sexual and reproductive health agency. This was contained...

The Senate today, Wednesday, February 24, 2021 confirmed the appointment of Abdurasheed Bawa as the Executive Chairman of the Economic and Financial Crimes Commission,...