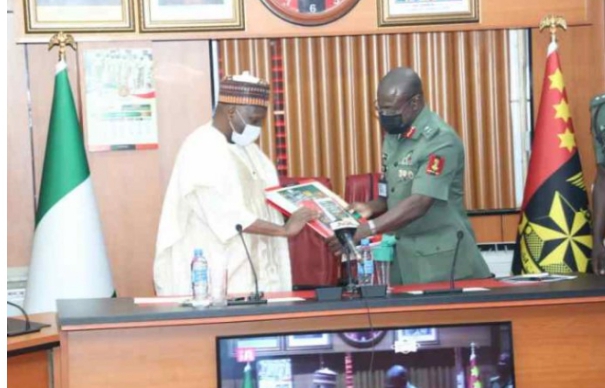 The Executive Governor of Gombe State, Alhaji Inuwa Yahaya has solicited for the support of the Nigerian Army, NA, in fighting drug trafficking and other sundry crimes in Gombe State.

Yahaya made the appeal when he paid a courtesy call on the Chief of Army Staff, COAS, Major General Faruk Yahaya at the Army Headquarters Abuja, earlier today 11 June.

The Governor also used the medium to condole with the NA on the demise of the former COAS, Late Lt Gen Ibrahim Attahiru and 10 other military officers who died in the unfortunate air mishap of 21 May 2021.

The Gombe State Chief Security Officer congratulated the COAS on his appointment, and also stated that the nation was passing through challenging times in view of the current security challenges. 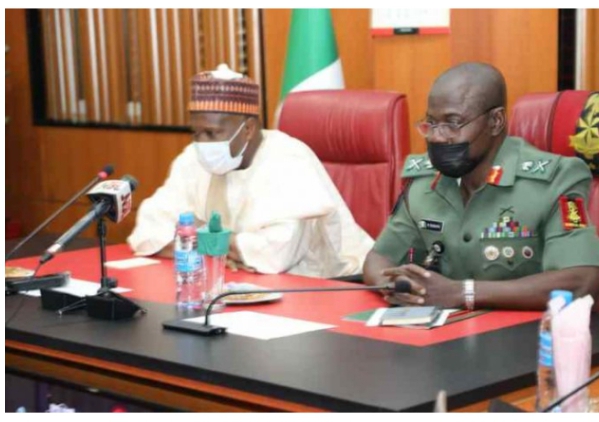 He further said Gombe State, being at the center of the North Eastern States, needs the constant cooperation and assistance of the NA and other security agencies to consolidate on the relative peace enjoyed in the state and the region.

Governor Yahaya, while informing the COAS that the state had been a home for internally displaced persons who fled from neighbouring states, further called for constant engagement with the NA in maintaining peace in the State.

He also informed that in the spirit of supporting the NA, Gombe State Government has donated its NYSC permanent orientation camp for use as rehabilitation center for repentant Boko Haram insurgents.

He reassured the COAS that his administration would continue to support the NA in carrying out its constitutional mandate of maintaining peace and protecting the territorial integrity of the nation.

In his remarks, the COAS, Maj Gen Faruk Yahaya, thanked the Governor for the kind gesture displayed by condoling with the NA over the demise of the late former COAS, while further stating that the NA and Gombe State have a long standing relationship.

He thanked the governor for assisting the NA in developing the infrastructure at the 301 Artillery Regiment located in the state. He reassured the Governor that the NA will not relent in its efforts to maintain peace in Gombe State, considering its strategic location in the North East.

Highlights of the event were group photographs, exchange of souvenirs and signing of visitors register.

FIRS To Leverage On Finance Act 2021, For Adequate Budget Funding