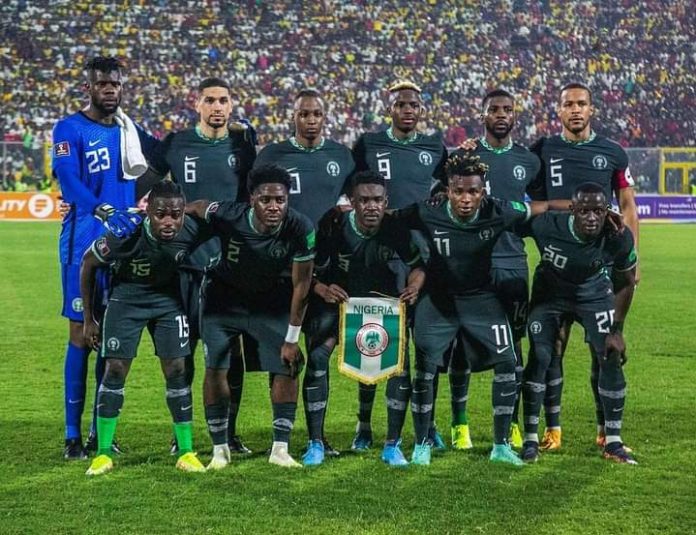 Nigeria has lost a massive sum of €12.2m (N5.6bn) from the world’s football governing body (FIFA) as the country failed to qualify for the 2022 World Cup in Qatar.

Ghana advanced to the World Cup finals in Qatar in November with a hard-earned 1-1 road draw against Nigeria, as they qualify through the away goal rule after a 0-0 draw in the first leg.

Nigeria then took control of the game and equalized after Ademola Lookman was brought down in the Ghana box by Dennis Odoi. The decision went to VAR and William Troost-Ekong made no mistake from the penalty spot.

Nigeria thought they’d taken the lead in the 34th minute but were aggrieved when VAR ruled out Victor Osimhen’s strike for offside.

Nigeria dominated the second half with 60 percent possession and managed nine shots, but only one managed to bring Ghana goalkeeper Joe Wollacott into action.

Ghana held on for five minutes of added time as they advanced to the World Cup finals for the first time since 2014.

The 2022 World Cup in Qatar will start on 21 November and will end on 18 December as 32 nations are expected to participate in this prestigious tournament.