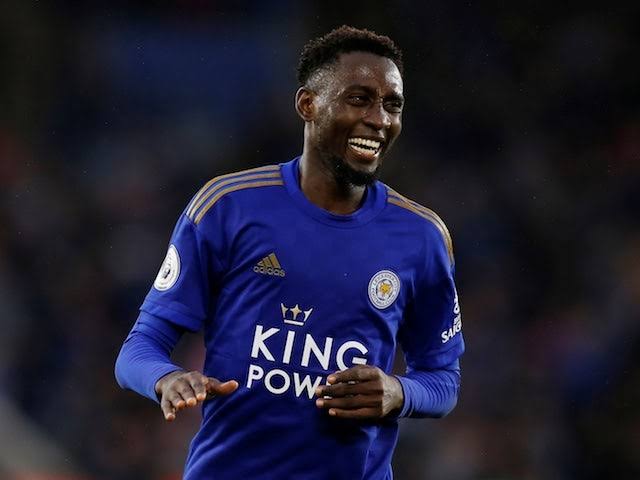 Ziyech may not have received the same criticism during his maiden season at Chelsea as fellow new signings Timo Werner and Kai Havertz, but the Morocco playmaker came under the spotlight on Sunday after being handed a rare start by Tuchel.

The attacking midfielder has appeared to have been out of favour at Stamford Bridge since the arrival of the German coach, and his start against Manchester United in the weekend’s stalemate was his first in the league since the 0-0 draw with Wolves in late January — the club’s first match under Tuchel.

“[Ziyech is] a different kind of player,” Tuchel told Sky Sports. “He deserves it now, he had a good impact in the game versus Atletico [Madrid].

“It was the feeling to give Timo a little break, to have him from the bench, to have him again fresh also for the fixture against Liverpool. I give him a rest and let the other guys perform who deserve that.”

Against the Red Devils, he was named in the starting XI ahead of Werner, but after a bright opening five minutes, his influence waned as the contest wore on.

At one point, Ziyech — under no pressure — sent a raking ball out of play, almost to the feet of the linesman, after completely misjudging the run of Callum Hudson-Odoi.
At was a moment that encapsulated the midfielder’s recent malaise, with Ziyech wholly failing to replicate the form he demonstrated in the autumn.

Across six games for club and country in October and November, he scored five and contributed three assists, but has only registered one assist — and zero goals — in all competitions since November 17.

His previous flourish had begun to appear like a false dawn, as he appeared to struggle to adapt to the intensity and demands of the top flight. 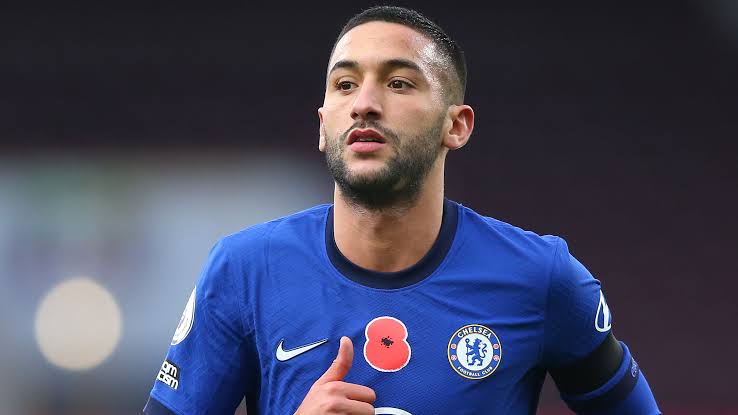 Chelsea fans on social media were quick to deride the North African following his first-half showing against United and indeed, more was expected by this point of his Blues career.
Ziyech and Christian Pulisic have fewer league assists combined this season than Willian, who departed Stamford Bridge on a free in the summer, while the maligned Gareth Bale now has more goals than Ziyech and Havertz combined.

However, there were glimpses during Ziyech’s performance — despite losing possession on four occasions due to a poor touch — that he was rediscovering the form that made him such a lethal prospect at Ajax.

He created five goalscoring chances during the course of the contest — more than any other player on the pitch — had two attempts on target himself, beat his man on three occasions and also retrieved possession six times, trying to help Chelsea improve their tempo.

On a different day, he could have been the match-winner, having been denied by David de Gea in the 48th minute when he should have done better.

Still, he’s lacking the intensity, the pressing, the invention that he showed in Amsterdam, and he lacks the quickness of thought and the seamlessness of execution that set him apart in the Champions League.

More was expected for a fee of €40 million, but considering his injuries, Chelsea’s turmoil, and the time required to adapt to a new league, Ziyech can still turn his campaign around.
Upcoming fixtures against Liverpool and Everton could prove decisive in Chelsea — and Ziyech’s — season.

It was a testing weekend for Nigeria’s stars in the Premier League, with Ndidi and Iheanacho both enduring outings to forget as Arsenal came from behind to defeat Leicester City 3-1 at the King Power Stadium.

Ndidi performed manfully in the heart of a Leicester City racked by injury — registering seven tackles and creating two goalscoring chances — but was twice caught out by Pepe, the game’s outstanding individual.

While Ndidi got away with it after tripping Pepe on the edge of the box — VAR deemed the offence to be outside the area — he wasn’t so lucky shortly afterwards, when he was adjudged to have handled a shot from the Ivorian inside the box.

Alexandre Lacazette netted from the spot to give Arsenal the lead after David Luiz had cancelled out Youri Tielemans’ opener.

Iheanacho partnered Jamie Vardy in attack, but the interplay from the duo was limited and their ability to work together remains in question, while the Super Eagles frontman also skewered a late shot over – much to Brendan Rodgers’ chagrin on the touchline.

Pepe, by contrast, was outstanding, giving the Foxes’ teenage left-back Luke Thomas a torrid time and also winning the free kick from which the Gunners equalised.

Full-back Ola Aina was also withdrawn at half time for Fulham having endured a testing first half up against Andros Townsend, although Cottagers coach Scott Parker later explained the decision as ‘tactical’.

“I just felt that’s what we needed down that side, so made that decision and I think it worked,” Parker said in his post-match press conference. “Nothing to do with Ola, it was just the way I saw the game and felt what we needed second half.”

Fulham will need to get their tactics right from the off over the coming weeks, with Tottenham Hotspur, Liverpool and Manchester City up next.

Eric Maxim Choupo-Moting has been made to wait to make his impact at Bayern Munich after signing from Paris Saint-Germain in the aftermath of the Champions League final between the pair last season, but he served a reminder of his quality this weekend.

The Cameroon skipper opened the scoring for Bayern against FC Koln when he met Leon Goretzka’s cross to head the reigning champions into the lead after 18 minutes.

It was Choupo-Moting’s first league goal of the season – coming in only his fourth start — but on the evidence of Saturday’s showing, he looked sharp, and will hope to feature more prominently during the business end of the season.
Bayern’s 5-1 triumph takes them up to 52 points, two ahead of second-placed RasenBallsport Leipzig.

In Italy this weekend, Emmanuel Gyasi was Africa’s star performer as the Ghanaian attacker netted twice within 20 second-half minutes for Spezia as they drew 2-2 with Parma.
While M’Bala Nzola was Spezia’s scoring star during the first half of the season, uncapped Gyasi has stepped up over the last month to help Aguilotti maintain their distance from the relegation zone.

The 27-year-old has scored four in his last six outings across all competitions — compared to one goal in his previous 20 — and finally appears to have found his feet in the top flight.
Could he also be playing himself into contention for the Black Stars squad for the upcoming Africa Cup of Nations qualifiers?

Elsewhere, Kalidou Koulibaly was sent off for a second yellow card in Napoli’s 2-0 victory against Benevento, while Franck Kessie opened the scoring — from the penalty spot — as AC Milan defeated AS Roma 2-1.

The powerhouse has now scored nine goals across all competitions so far this season — extending his personal best — while the Ivorian’s penalty-success rate is now eight out of nine in 2020-21.

Pape Diop was the hero for Eibar with an 83rd-minute equaliser as they took a point from SC Huesca at home.
While the hosts may be disappointed with only a draw from La Liga’s bottom-placed club, Diop’s goal was enough to take them out of the bottom three and up to 16th on 22 points.

It’s tight at the foot of the table, with only five points separating the bottom six, but the 34-year-old’s magnificent header may represent a massive boost for the Basque side.